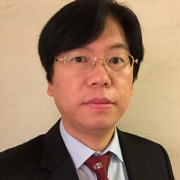 Sei Kwang Hahn obtained his Ph.D. in the Department of Chemical and Biomolecular Engineering at KAIST in 1996. After working at the LG Chemical group for 5 years, he did his post-doctoral research with Prof. Allan Hoffman at the University of Washington. After that, he worked at the Hoffman-La Roche group, Chugai Pharmaceutical Co. in Japan. Since 2005, he has worked as a professor in the Department of Materials Science and Engineering at POSTECH. He was a SeAh Young Chair Professor for 2012-2015 and a visiting professor at the Harvard Medical School for 2012-2013. Currently, he is a visiting professor at Stanford University. He won the Controlled Release Society Award in 2018, the Minister of Health and Welfare Award in 2017, the Korean President Award in 2015 and the Korean Minister of Education Award in 2013. He was the Samsung Future Technology Committee Member and the Presidential Advisory Council on Science and Technology. He is the founder and CEO of PHI BIOMED Co. He published more than 120 SCI journal papers including Nature Photonics, Nature Communications, Progress in Polymer Science, Advanced Materials, and ACS Nano, and filed more than 120 Korean and international patents. He is an editorial board member of ACS Biomaterials Science and Engineering, Biomacromolecules, ACS Applied Bio Materials, and Biomaterials Research.