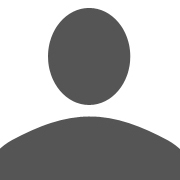 David G. Castner is the Director of the National ESCA and Surface Analysis Center for Biomedical Problems (NESAC/BIO) and a Professor of Bioengineering and Chemical Engineering at the University of Washington (UW). Dave received his Ph.D. in Physical Chemistry from University of California at Berkeley in 1979, where he studied small molecule chemisorption and reactivity on rhodium single crystal surfaces. He then spent seven years as a Research Chemist at the Chevron Research Company developing XPS and XAS methods for characterizing heterogeneous catalysts before moving to the UW in 1986 to pursue research in biomedical surface analysis. In 1996 Dave became Director of NESAC/BIO. He was also the Director of the UW Center for Nanotechnology from 2004-2005, the Associate Dean of Engineering for Infrastructure from 2009-2012 and the Director of the UW Molecular Analysis Facility from 2013-2018. Dave has an active research program in the areas of surface analysis, surface modification, biomaterials and organic thin films, co-authoring more than 250 refereed publications. He is a Fellow of the American Vacuum Society (AVS), Biomaterials Science and Engineering, and American Institute for Medical & Biological Engineering. He is a member of the Washington State Academy of Sciences. Prof. Castner received the 2003 Excellence in Surface Science Award from the Surfaces in Biomaterials Foundation, the 2004 Clemson Award for Basic Research from the Society of Biomaterials, the 2014 Rivière Prize from the UK Surface Analysis Forum, the 2017 ECASIA Award and the 2018 Medard W. Welch Award from AVS. He was AVS President in 2010 and became an AVS Honorary Member in 2013.