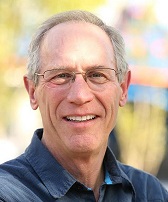 Rick Horwitz is the inaugural Executive Director of the Allen Institute for Cell Science in Seattle. Previously, he was a University Professor and Harrison Distinguished Professor of Cell Biology at the University of Virginia. He also served as the Director of the Cell Migration Consortium: an NIH-funded multi-institutional, multi-disciplinary collaboration.  Previously, he served as the Head of the nascent Department of Cell and Developmental Biology at the University of Illinois and was a Professor of Biophysics and Physical Biochemistry at the University of Pennsylvania. Rick earned his B.A. in the Honors Program at UW Madison, majoring in chemistry (math, physics). He received his Ph.D. in Biophysics at Stanford University and did postdoctoral research in NMR at at UC Berkeley. He has served on numerous strategic planning, editorial and advisory committees and organized many international meetings and symposia. Rick is known for his pioneering and leadership roles in cell adhesion, migration, and live-cell imaging.